The matter was dealt with at the meeting of Council on 2 March 2017.  The full report and appendices are available here (item 9).

Oyston challenged the decision by bringing Judicial Review proceedings which were deemed out of time by the Administrative Court and the Court of Appeal.  The Supreme Court dismissed the appeal determining that Oyston’s challenge to the Plan was brought out of time.

The map below roughly indicates the plot of land in relation to the wider area and is between the Cypress Point and Queensway estates. 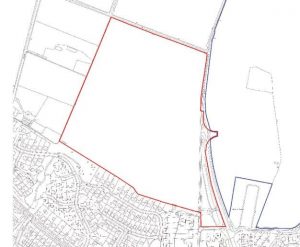 Being the highest court in the land, this is the final decision in regard to this matter.

“Fylde Council is extremely pleased that the Supreme Court has found in the council’s favour and confirmed the previous decisions of the High Court and the Court of Appeal.  This decision protects the development strategy set out in the Fylde Local Plan to 2032 and we will be asking the developer of this site to withdraw their planning application.”