‘Leave nothing but your footprints’ is the inspiration behind a series of 10-metre-long footprints spectacularly created in Fylde.

A total of 15 footprints were raked into the sand on the beach at St Annes as part of Fylde Council’s awareness campaign to encourage people to dispose of their litter responsibly.

They are part of the council’s ‘Take it, Don’t Leave It’ programme throughout the summer to tackle litter on the coast and in rural areas.

They were created using plastic sheeting as a stencil and a rake to create definition in the sand.  The giant footprints were washed away several hours later by the incoming tide.

Cllr Karen Buckley, Leader of Fylde Council, was joined by the lead coordinator for local litter volunteers, Tracey Hope, to see the artwork in progress.

She said: “We wanted to make a bold and dramatic statement about the importance of keeping Fylde tidy because with the warm summer weather and fewer people travelling abroad for holidays this year, Fylde is receiving more visitors than ever.

“We took inspiration from the quote ‘leave nothing but your footprints’ to symbolise the importance of leaving our beautiful beach and coastal areas just as you find them, free of litter.

“The drone footage really captures the dramatic impact of the giant footprints and also the beauty of our magnificent coastline.

“We hope the message resonates with everyone and we can stop littering on the coast and in Fylde’s beautiful rural areas.”

Marine biologist and medic, Tracey Hope, coordinates the army of volunteers who give up their free time to clear litter.

She said: “Watching the sea take the footprints without any litter, brings to life our ‘leave nothing but your footprints’ message.

“It looks amazing and I hope it will inspire everyone to look after their local environment whether that’s in the streets where they live or out and about in the wider community.

“I’m passionate about protecting the environment and while most people pick up after themselves, there’s a minority who leave their rubbish behind.

“We all have a role to play and we can all do our bit to protect the environment and wildlife.” 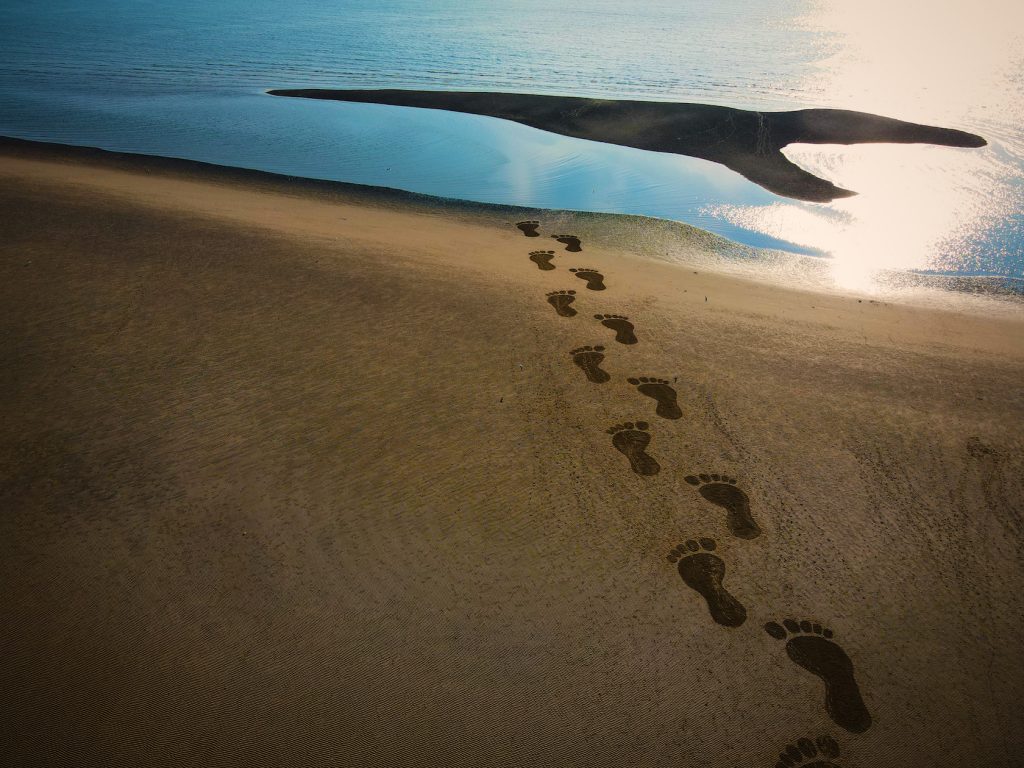