BRITAIN’S GOT TALENT STAR & LOCAL TALENT TO ENTERTAIN THE CROWDS

One of the nation’s most beloved stars and a host of local performers will fill Lytham with music and laughter as they offically switch on this year’s Christmas Lights.

This year’s spectacular Lytham lights Switch-On will see Britain’s Got Talent top three finalist and Lancashire funny man Steve Royle light up the town as he offically flicks the switch following an afternoon of live music and entertainment.

The Lytham Christmas Lights Switch-On is a highlight of the Fylde coast calendar and this year will see it take place on Saturday November 20  from 1:45pm until 6pm. The official lights switch-on with a full firework display will take place between 4.30pm and 5.30pm.

Steve Royle is no stranger to Lytham as regular visitor to the Fylde coast and most recently starring in Naturally Insane! The Life of Dan Leno at Lytham Hall this year.

Comedian, juggler and variety star, Steve has a string of TV and stage credits to his name including Phoenix Nights, Max And Paddy’s Road To Nowhere, Peter Kay’s Britain’s Got The Pop Factor, and two performances at the London Palladium. Last year he entertained the country when he reached the finals of ITV’s Britain’s Got Talent.

And he is delighted to be lighting up Lytham this Christmas.

“I’m absolutely honoured to have been asked,” said Steve.

“Everyone loves Lytham. It is such a beautiful town with so much to offer visitors and locals alike so I’m really chuffed it’s me that will be flicking that all important switch this year to help bring some festive cheer.”

Lytham Community Choir will open the entertainment for the official switch-on and they will be followed by Lytham dance school Dance Etc.

There will also be live performances from singers Scarlett Hackett, Mei Mei and Monroe, while local musicians and singer-songwriters Ike James, Daisy Atkinson and Edward Rhodes will also perform.

Party band 80s Rewind fronted by St Annes singer and former The Tailormade’s Jack Frimston will get everyone dancing, and Lytham’s very own The Coustics will headline following the official switch on by Steve.

Fylde Mayor Cllr Elaine Silverwood will be a special guest and will welcome everyone, while BBC Radio Lancashire’s Graham Liver will host the event.

Sign language interpreter Tony Redshaw will also be on stage throughout. A familiar face to Lytham, Tony most recently entertained the crowds at this summer’s WonderHall Festival with his sign language skills and accompanying dance moves.

And while the entertainment is taking place in Clifton Square, Father Christmas will lead a procession around Lytham setting off from the Assembly Rooms on Dicconson Terrace at 4pm.

Lytham Christmas Lights Switch-On is organised by Cllr Brenda Blackshaw with support from Lytham Business Partnership and a team of volunteers.

Cllr Blackshaw said: “We are thrilled with this year’s line-up as it will see Lytham presenting some of the best talent the Fylde and Lancashire has to offer.

“Steve Royle is the epitome of funny and is loved by children and adults alike so he is the perfect star to flick our switch.

“Added to that we have an incredible line-up of local performers who will sing, dance and make merry as we kick off the festive season in our beloved Lytham.”

The line-up announcement follows an appeal by organisers of Lytham Christmas for financial support from the public. It costs around £18,000 to stage the official Switch-On event with an additional £9,000 needed to keep the festive lights shining.

In past years, the Lytham Christmas committee, with support from Lytham Business Partnership, has successfully fundraised throughout the year while also receiving generous donations from businesses and individuals, both in the run up to and during the Switch-On event.

Restrictions on social gatherings have resulted in a gap in fundraising and with the Switch-On held as a virtual online event last year, there has been little opportunity for people to dig deep into their pockets to help out.

Lytham Christmas has launched a Go Fund Me page in the hope it will encourage people to financially support the free event and the lights which will shine until the end of January.

You can donate to the Go Fund Me page HERE

The event attracts crowds of around 5,000 people who gather to enjoy an afternoon of free entertainment from both local performers and household names. 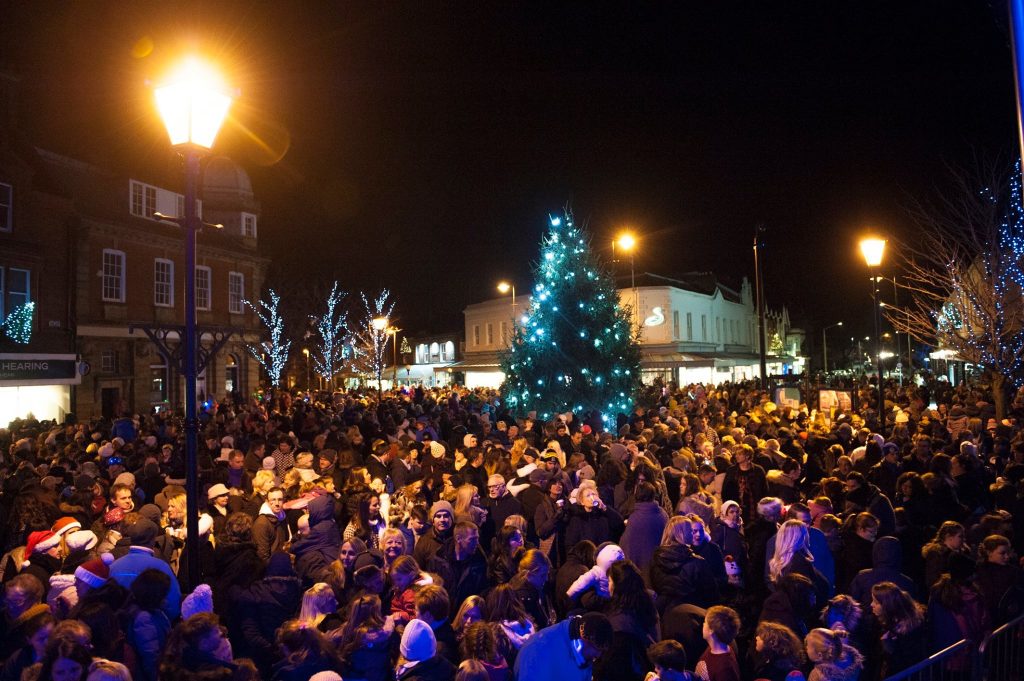 This Press Release was produced by Rhodes Media on behalf of Lytham Christmas.