– Fylde visitors asked to ‘Take it, Don’t Leave it’

Fylde Council is launching a new campaign to tackle the amount of litter left in the borough.

The ‘Take it, Don’t Leave It’ programme of events, competitions, targeted social media campaigns and more will run throughout the summer and focus on raising awareness and combatting the problems of littering both on the coast and in Fylde’s beautiful rural areas.

With the warm summer weather and fewer people travelling abroad for holidays this year, Fylde is expected to receive more visitors than ever, which means it is likely to face a more significant litter problem.

Allan Oldfield, Chief Executive of Fylde Council, explains: “As well as our professional refuse teams, rangers and enforcement staff, we are extremely lucky to have an army of voluntary litter picking individuals and groups in Fylde such as the Are you a Tosser and Are you a Womble group, which has some volunteers from the Fylde Soroptimists, Totally Rotary, Beaverbrooks and many more local organisations.

“In addition, we have lots of other coastal care groups working under the Keep Britain Tidy umbrella, and the work they all do is invaluable in helping tackle litter left by visitors. Ideally – we want to lessen the amount that’s left in the first place!

“Plans to raise awareness and discourage littering throughout the summer holidays include stats-based adverts, videos, a competition, signage and other activities to get a message across to those who are visiting us this summer.

“There are also plans in the pipeline to organise a ‘thank you’ event for the local litter picking groups. I know that people don’t do it for praise and thanks, and many of us – myself included – regularly pick up litter on evening walks as a matter of course, but the Council is keen to show how much these efforts are truly appreciated.”

Tracey Hope the lead coordinator for the army of volunteers who give up their valuable free time so that when visitors come, they can enjoy clean beaches and safe and beautiful countryside.

She said: “I am a coastal conservationist and marine biologist so I’m passionate about protecting the environment. While most people pick up after themselves, there’s a minority who leave their rubbish behind and that really mounts up.

“I set up the community action group ‘Are you a Tosser / Are you a Womble’, aka the pink and purple pickers, which sits on the Facebook group ‘Don’t be a Tosser’, after seeing the amount of litter left behind by visitors – some days it looks like the aftermath of a festival!

“I was blown away by the response, it has really taken off. The support from the local community has been fantastic.”

The ‘Take it, Don’t Leave It’ campaign launches on Wednesday 28th July and will run throughout the season.

Look out for the ‘Take It, Don’t Leave It’ message appearing across Fylde and keep an eye on the Council’s social media pages to see how you could get involved.

The campaign launches on Wednesday 28th July and will run throughout the season. 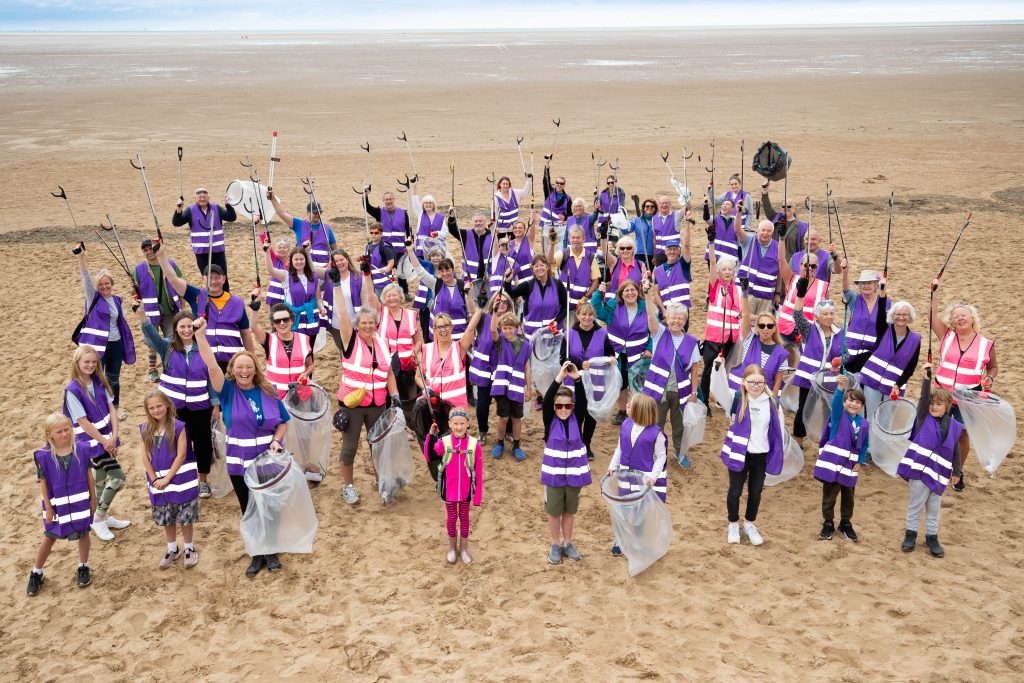